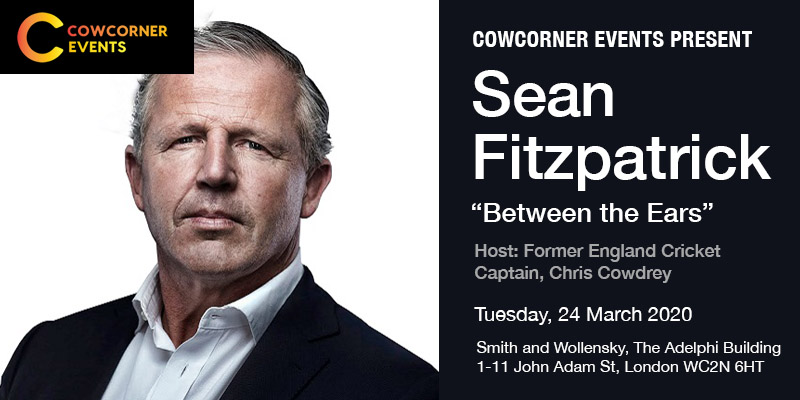 Sean Fitzpatrick is recognised as one of the greatest rugby players of all time. The All Blacks legend made his debut for New Zealand’s All Blacks in 1986 against France. Just one year after his international debut, Sean was a member of the team who won the 1987 Rugby World Cup. Incredibly, Sean missed only two Test matches over the next decade, becoming one of New Zealand’s most capped players ever.

Becoming the first New Zealander to captain a Test series win in South Africa, Fitzpatrick proved his qualities as one of Rugby's greatest ever leaders. It came as no surprise that he was awarded the New Zealand Order of Merit by the Governor General in 1997 & at the end of 1999, named as hooker in Rugby World magazine’s Team of the Century.

Sean is now based in the UK where is an active rugby pundit and newspaper columnist and has written an inspirational book 'Winning Matters' discussing how playing the game at the highest level can be applied in the workplace.

We are delighted to be supporting 'Laureus' who use the 'power of sport to end violence, disadvantage & discrimination.'