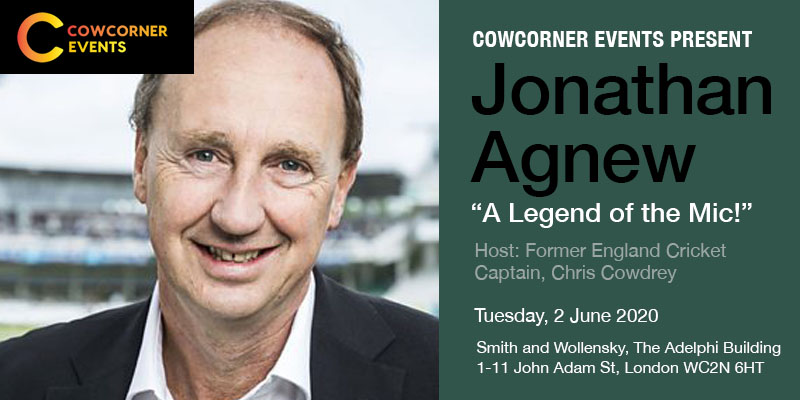 Jonathan Agnew, better known as 'Aggers' is a cult figure of cricket broadcasting and known by many as 'The Voice of Cricket' on BBC's Test Match Special.

His cricket career saw him take 666 First Class Wickets representing England in 3 Tests and 3 ODI's. However, it was his contributions that followed that has given him legendary status…

Agnew's on-air "leg over" comment on Test Match Special, made to fellow commentator Brian Johnston in 1991, provoked giggling fits during a live broadcast and reaction from across England. The incident has been voted "the greatest sporting commentary ever" in a BBC poll; Michael Henderson one of Agnew's peers and rivals, has described him as "a master broadcaster … the pick of the sports correspondents at the BBC.

He has shared the mic with other heroes of the sport including Sir Geoffrey Boycott, Michael Vaughan, Henry Blofeld and Phil Tuffnell.

With a career devoted to watching the greatest players in the world battle it out from behind the mic, we are offering you the chance to hear Aggers and Chris Cowdrey discuss the greatest moments from England Cricket's recent past…