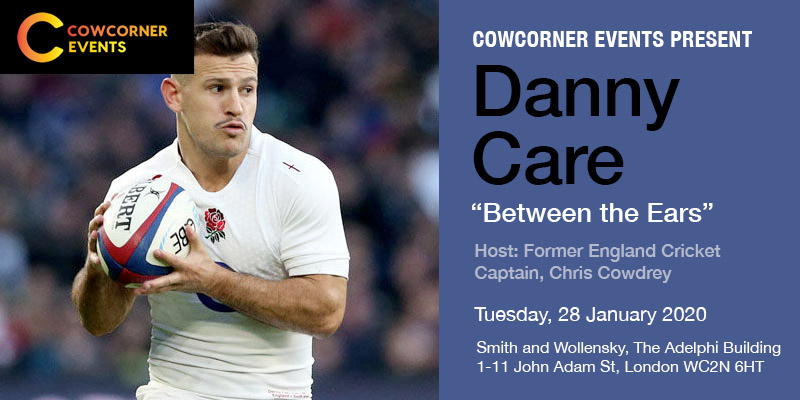 The gritty scrum-half has played a brilliant 84 caps for England Rugby and has been a loyal servant of Harlequins RFC representing them over 260 times to date.

Care's pace and invention has made him one of the most dangerous operators in world rugby ensuring he has been a regular on the international stage since making his debut in 2008. He is the highest scoring scrum-half in Premiership history and England's second-highest capped scrum half. Adored by the Quins fans Danny has regularly been voted for Quins 'Player of the Season' and has been nicknamed 'DC.'

Across 9 different levels, Care has represented England on over 100 occasions including his time with the England Saxons and England Sevens. Away from the pitch he has endured personal and public adversities but has always found a way to fight back!

Come and meet a great of English Rugby and listen to his story as we unravel the clock on Danny Care's compelling career at the top of World Rugby.