Lord Michael Colin Cowdrey of Tonbridge was the first man ever to play 100 tests for England, representing his country 114 times, scoring 22 test centuries whilst taking 120 catches. He was knighted for his services to the game, and was posthumously inducted into The Cricket Hall of Fame in 2009.

His Sons Chris and Graham went on to represent Kent, Chris following in the footsteps of his Father  representing England on 9 occasions. Chris also went on to captain England on one occasion versus the fiery West Indies, and was known as one of the most exciting all-rounders of his generation. 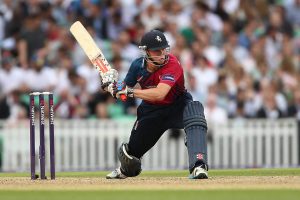 Chris' Son Fabian Cowdrey (The Director) played six years of county cricket for Kent Cricket before calling time on his cricketing career. He famously broke all of his predecessors cricketing records at school, and is the latest Cowdrey to grace the professional game. He wrote in The Cricketer Magazine,  'My love for the game has diminished and I knew I couldn't do myself or the game justice anymore.' Since his stint as professional sportsman he has launched a business with the hunger to create memorable events and experiences for his guests amongst some of the most inspirational and successful sports people in the world. 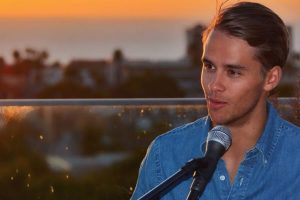 Fabian has a twin brother called Julius who is a singer-songwriter and a reality TV star featuring on hit-show Made in Chelsea. His first single '7 roads' reached 1 million streams on Spotify, whilst his second 'Everyday' (co-written with Fabian) has reached 700,000 streams online.